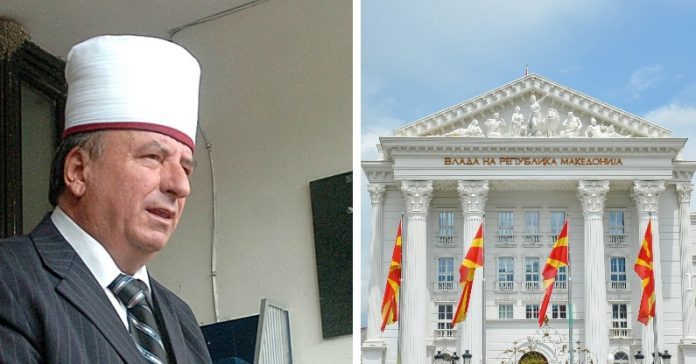 The government has decided not to accept the recommendation of the Committee of Infectious Diseases, which, given the large number of newly infected people with COVID-19, recommended a ban on movement starting Saturday 7 pm to Tuesday 5 am.

Given that the decision on whether the Committee’s proposal measure would be given the green light, the government took two days to consider it, and in the meantime received a public reaction from the IRC that it would neither close mosques nor cancel prayers, with a “discreet” reminder that there are upcoming elections, the decision is more than expected. 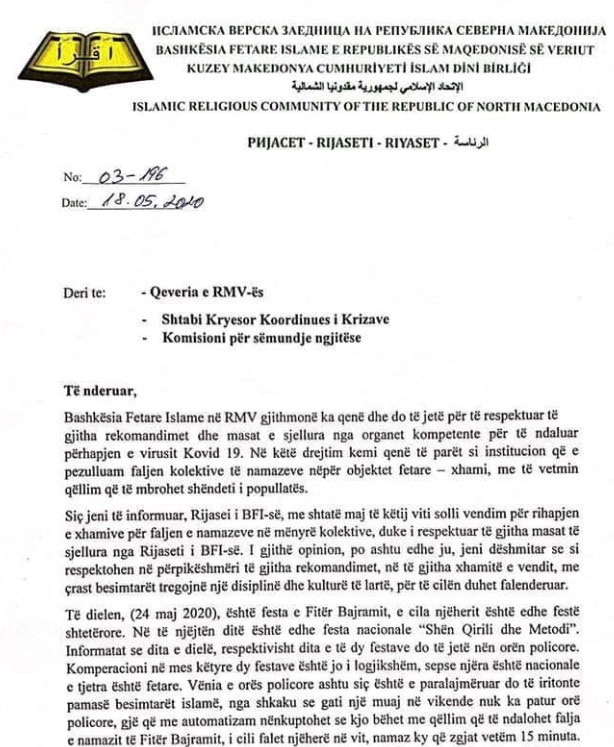 The Islamic Religious Community has informed the government and the Committee of Infectious Diseases in writing that it will not respect any police hours during the major Muslim holiday of Ramadan Bayram. In the letter, it informed that he will neither close the mosques, nor will he give up their prayers.

Reis Sulejman Rexhepi, meanwhile, made it clear that “a possible curfew would mean a loss of confidence in the competent bodies of all believers of the Muslim faith.”

And immediately after the avalanche of reactions from the Albanian electorate, generally addressed to SDSM leader Zoran Zaev, the recommendation began to be considered from a political rather than a health point of view and probably decided on a compromise, certainly in the name of electoral calculations. Now the citizens will not be able to leave their homes from Sunday at 11 am to Tuesday until 5 am. And to make the absurd bigger, immediately after the quarantine, the government announced the opening of cafes and restaurants.

VMRO-DPMNE considered that the measure for a full lockdown for the Easter holiday, and now for the Ramadan Bayram holiday is too strict. With the several-days-long curfew, according to the opposition, human rights and freedoms are being violated, and with such measures, SDSM consciously enters into provoking tensions and conflicts among the population, and exposes the police to unnecessary risk.