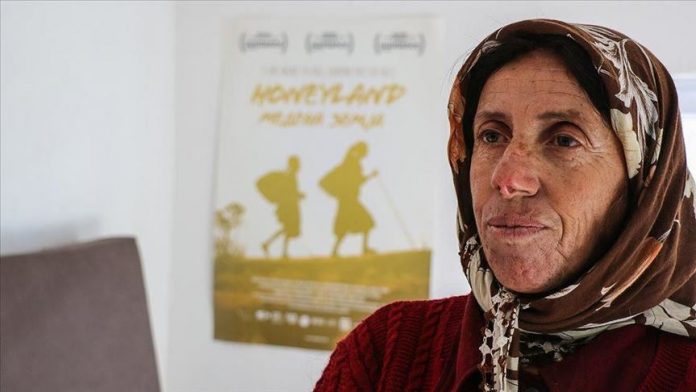 I don’t fear the coronavirus, if it’s God will then so be it, I am more afraid of bad people, says Hatidze Muratova, the star of the “Honeyland” documentary that took Macedonia back to the Academy Awards after 25 years. The documentary was also the first feature to be nominated in two categories in the history of the Academy Awards.

Muratova says that she spends her days planting garlic, potatoes and onions, and that she considers the remote village safe from the pandemic. She says that she is disappointed that there are mean people that are only interested in harming others.

I don’t fear the coronavirus, but I fear bad men. I was in the village of Dofulija, where I’m working on the roof of my new house, but when I came back to Bekirlija I found that someone stole two full hives and 20 empty ones I was preparing were broken up. And it’s going to be a bad year, there’s a lot of wind and that affects the bees. I don’t understand what is it with people that they want to harm others, says Hatidze.