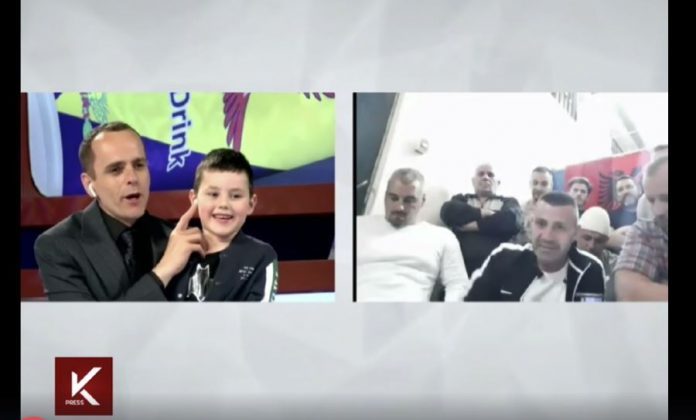 What kind of country is this, where people sentenced to stealing 100 kebabs are not
allowed visits, phones and normal living conditions in prison, while terrorists get
cameras, apartments and free internet access to the extent that they can make
special guest appearances live on foreign TV shows? Probably a banana republic,
right?
The Kumanovo terrorist group is blurring the lines between serving a prison
sentence for terrorism and a multi-year vacation behind bars.
On Sunday, directly from the Idrizovo prison, the terrorists from Divo Naselje had a
live guest appearance on the Kosovo TV Correct Press, in which one of the
terrorists, Commander Malisheva, had an emotional conversation with his son.