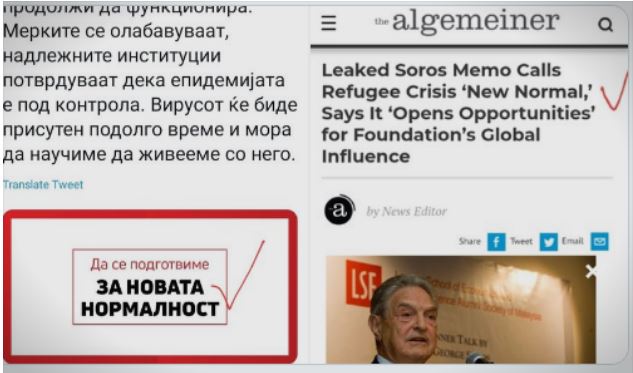 You have probably wondered who invented the illogical phrase “NEW NORMAL”
used by SDSM, which should convince the people that the corona is the most normal
thing to go to the polls and which now all ministers and the party leadership
&quot;mercilessly&quot; and use it every day second sentence?
No less, no more – the sensation is plagiarism taken over by their protector George
Soros. Another proof that he is the one who pulls the strings in Macedonia.
Twitter users in Macedonia announced that the SDSM government has again
committed a classic copy-paste theft and is taking the &quot;new&quot; phrase &quot;NEW
NORMAL&quot; from its own and longtime mentor George Soros. The term has been in
use since their decades-long patronage, the patronage of the Colorful Revolution,
and NGOs that have now been employed by the government and become
government agencies.
It was George Soros who called the last refugee crisis a NEW NORMAL, which has
taken over the world.