Home Macedonia Opposition leader disappointed with the political decisions of the Commission of Infectious... 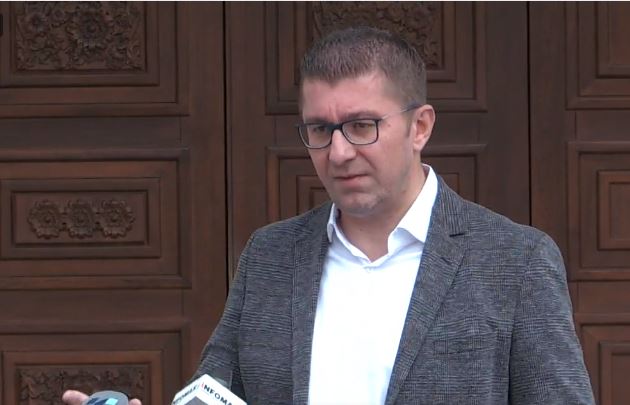 VMRO-DPMNE leader Hristijan Mickoski expressed Saturday his disappointment with the Commission for Infectious Diseases, and as he said the attempts through it to lead party and not health policy due to which it should be resolved and a supra-party body composed of professionals who will take over its function.

“I have to say that I am very disappointed with the Commission of Infectious Diseases and their assessments. And yes it is true, I and the whole public at the beginning unreservedly supported their work, because we believed that they were led by the Hippocratic Oath, but it turned out that they were led by the Zaev dictation. Most are directors appointed by this government led by the doctor with political ambitions Karadzoski, and it can be said that they largely serve the needs and requirements of Bihacka and Zaev, instead of the needs of the system that did not show resistance to this delicate health situation,” said Mickoski.

Therefore, the VMRO-DPMNE leader demanded the dismissal of the current Commission and the establishment of a supra-party professional body.

“Therefore, this commission must be dismissed and a body of non-partisan professionals must be formed that will not be guided by the political but exclusively the health interests of the citizens. We need a system of trust and professionals in which the people can be confident.”