Home Macedonia Croats in Macedonia urge the government to dismiss Gorjan Tozija due to... 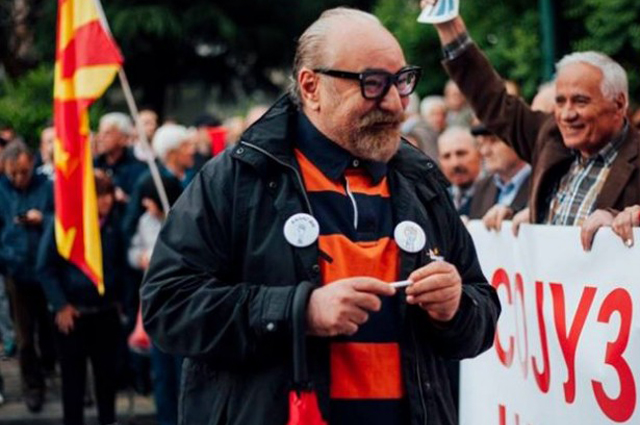 The government and the Ministry of Foreign Affairs are still silent about inappropriate statements by the director of the Film Agency, Gorjan Tozija, that Croatia is a “Ustasha state” and the ruling Croatian party HDZ called it “fascist”, the Croatian Federation in Macedonia reacted.

Their reaction states that after the information was published in the Croatian and Macedonian media about vulgar insults that the director of the Macedonian Film Agency Gorjan Tozija publicly said and advertised on social media where the Prime Minister of the Croatian Government Andrej Plenkovic, the ruling HDZ party, called “Fascists” and “members of the criminal club”, we as an organization of Croats in Macedonia expect the Macedonian government to immediately and publicly condemn Tozija’s hate speech and sanction him.

“The director of the government film agency not only did not deny or apologize for insulting the Government of the Republic of Croatia and its president for months, calling them fascists and members of a criminal club, but on the contrary, he confirmed and wrote that he had the right to do so, which is unprecedented audacity and hate speech,” the statement added.

Noting that this is a serious international scandal, but also an unprecedented case in the world where one government tolerates interference in the affairs of another state – the most serious vulgar insults and hate speech, call on the government in Skopje to distance itself and apologize, which will show that it will sanction all those who have spread and proclaim hate speech.