Home Macedonia Thimonier: A political decision is needed for the elections, but also an... 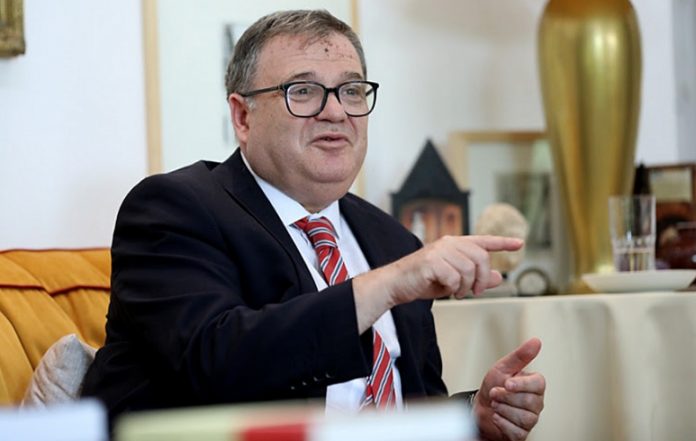 European diplomats need an interlocutor. They need a legitimate interlocutor, but also a functional administration that will work closely with the legitimate political government, and European diplomats in these circumstances especially need decisions. But that means that on the one hand there are restrictions that are known to us, and they are related to the epidemic and it actually decides. So it is with us in France. We have scheduled elections on June 28, but we have a provision to study the situation two weeks in advance and, if health conditions allow, continue with the elections, said French Ambassador Christian Thimonier.

In an interview with Radio Free Europe, when asked if elections were necessary for the functioning of the rule of law or are just political tactics, Thimonier noted that democratic societies needed functional institutions.

“We are all working under the pressure of these issues related to the health of people who are a priority and we should not forget that our democratic societies need functional institutions because the greatest difficulties will then arise to calm the effects of the epidemic. A number of economic measures and decisions need to be made that could only be made by legitimate institutions, and it is difficult to answer when the vote takes place. “Our wish is to do it as soon as possible, and when I think about it as soon as possible, it requires a political decision, but also an objective one based on the health situation in the country,” the ambassador said.

Regarding the negotiating framework for the country, which should be ready next week, Thimonier stressed that this is great news, “because it may have retained one of the biggest challenges that the EU had to face and overcome, especially in terms of geostrategic priority to the Western Balkans. “