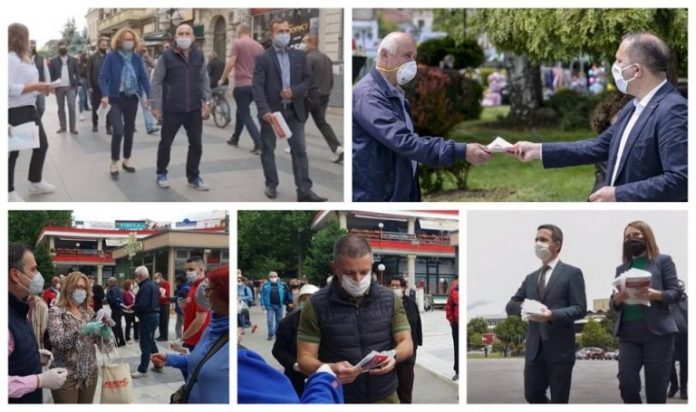 The political party Levica – as a confirmed participant in the election process and submitter of lists of candidates for MPs in the upcoming early parliamentary elections 2020, filed a formal complaint with the State Election Commission for early election campaign and disregard of the provisions of the Electoral Code against the “We can” coalition led by SDSM.

“The complaint calls on the SEC to initiate a misdemeanor procedure within 72 hours to punish the political parties that make up this ruling coalition, with EUR 8,000 in MKD equivalent – due to the early start of the campaign, which took place on May 30, 2020 (last Saturday), when many SDS executives [Oliver Spasovski, Radmila Sekerinska, Damjan Mancevski, Sanja Lukarevska, etc.] in high-risk conditions of pandemic and in the current ban on public gatherings, and some of them even positive for coronavirus – illegally distributed flyers among citizens in several cities of the Republic of Macedonia, endangering their health and violating the rules of fair election process,” reads Levica’s statement.