Home Macedonia 75 years Macedonian Orthography: The language is our homeland, and the correct... 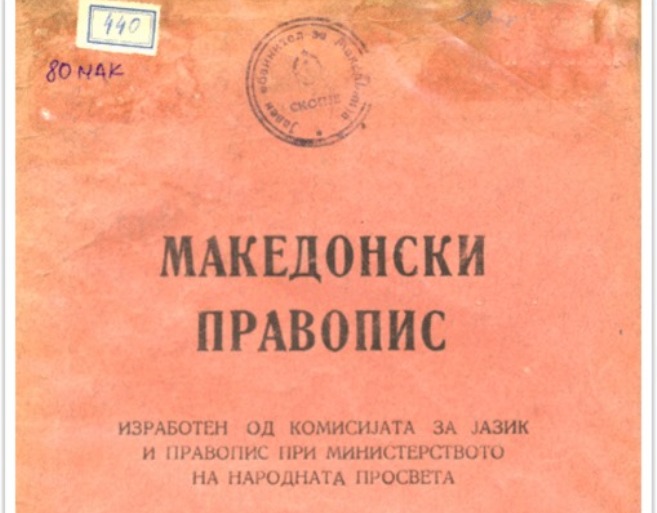 on this or that side, one of the tools to protect it is the necessary knowledge and
application of the Macedonian language orthography.
Language is a living matter, in which every new phenomenon of the whole human
life is reflected, and the orthography of each language is a set of rules for written
presentation of the language itself. 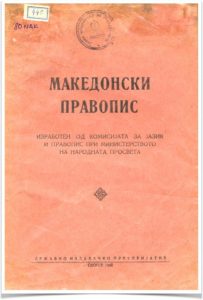 The orthography of the Macedonian language has undergone several changes since
the moment of its standardization, i.e. there were small changes in the spelling in
1945, 1950, 1970 and 1998.
&quot;The first major modernization of the Macedonian orthography was practically done
with the 1969 Orthography followed by the 1998 one, compiled by the same authors
without Tosev, who died in 1976,&quot; reads the preface to the latest edition of the
Macedonian Orthography. 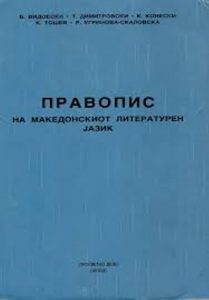 The last editions of the Orthography of the Macedonian Literary Language were
published in December 2015 and March 2017, modernizing its latest version made
almost two decades earlier, respecting the previous editions of its first compilers,
Blaze Koneski and Krum Toshev in 1945, as well as the following ones: Bozidar
Vidoeski, Todor Dimitrovski, Kiril Koneski, Krum Toshev and Radmila Ugrinova-
Skalovska. The Institute for Macedonian Language &quot;Krste Misirkov&quot; and the
publishing house &quot;Kultura&quot; participated in the publication of the last edition of the
Spelling. The second edition is a collective work, in which a total of 48 authors
participated, specialists in their fields led by the editorial staff: Dr. Zivko Cvetkovski
(President), Dr. Snezana Venovska-Antevska, Dr. Simona Gruevska-Madzoska,
Ph.D. Dr. Elka Jaceva-Ulcar and Dr. Simon Sazdov. 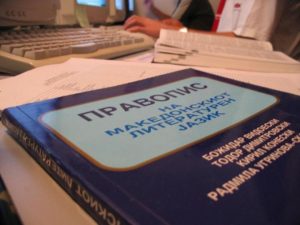 The National and University Library &quot;St. Kliment Ohridski&quot; is the publisher of the free
electronic version of the Macedonian Orthography, which can be found at
www.pravopis.mk.
On this website, orthography rules can be found free of charge, i.e. spelling of
vowels and consonants, use of capital letters, merged and separated word writing,
word division, punctuation and spelling signs, as well as abbreviations and
transcriptions.