Home Macedonia Union of Journalists demands a set of measures for journalists and media... 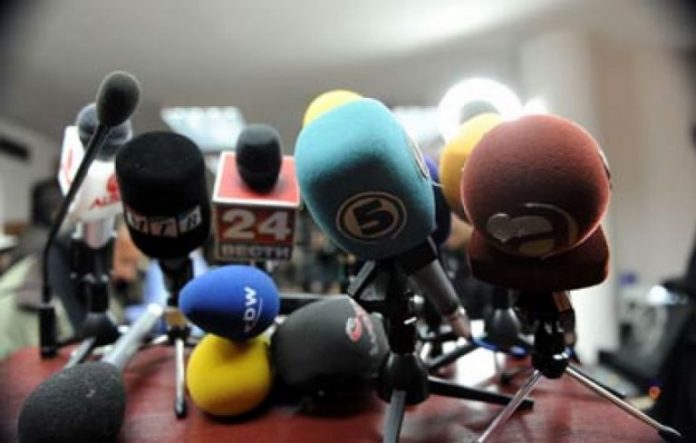 Given that journalists and media workers are one of the main links in the fight
against the spread of coronavirus and perform public works, the Independent Union
of Journalists and Media Workers (SSNM) believes that a special set of measures is
needed to address this profession.

The Union also refers to the call of the European Federation of Journalists to the
&quot;national governments, the European Commission and the European Parliament for
swift, targeted and coordinated action to support all media workers – employees, free
journalists and the self-employed – in response to the devastating social and
economic blow from the global COVID-19 crisis in the media sector.
&quot;COVID-19 has dealt a severe blow to media freedom around the world. In this
pandemic, European citizens need more professional, economically secure
journalists than ever before. At the same time, we call on the dozens of statements
made by government officials regarding the important role of journalists and media
workers in the fight against the pandemic, as well as the constant expression of
gratitude for the work of journalists,” said the Union of journalists.
SSNM welcomes the measures taken by the government to help the media, but data
that many journalists and media workers have faced a reduction in wages, and some
with layoffs, show that the measures so far have not been enough.
&quot;That is why we believe that the ultimate goal of financial assistance should be
journalists and media workers. Our request for financial assistance for media
employees is based on the principle that only socially and economically secure
media employees can perform their task professionally – to inform the public in a
timely, accurate and objective manner.
Therefore, this assistance to the media due to the COVID-19 crisis should guarantee
that it will directly help employees. The requirements are based on the following
three points:
Exemption from 100% of contributions for media workers who have not fired a single
employee during the crisis, except with a termination of employment, retirement or
other provisions of the Labor Law, with the exception of redundancy for the duration
of the measure and giving dismissal without notice. The measure should also apply
to media outlets that have reduced the salaries of journalists and media workers, but
only if they undertake to use this exemption to return the reduced funds to their
employees. The return of funds takes place in parallel with the implementation of the
measure. In order to raise awareness about the fight against fake news, i.e. the
importance of professional journalism, this measure should not apply to the media in
which a competent court with a final judgment determined that they have violated the
Criminal Code of the chapter against human health, namely Article 205, paragraphs
5, 6 and 7,&quot; says SSNM.