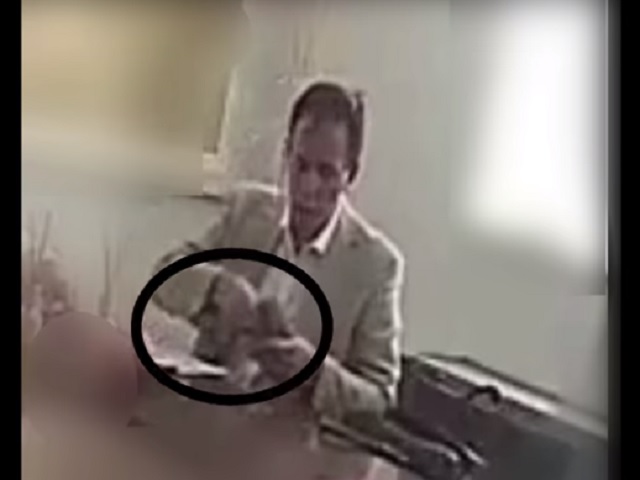 A pile of money in Den Doncev’s hands. A Macedonian politician caught taking a bribe for the first time. A new audio and video bomb appeared on the Internet today, which shows the former director of the Healthcare Fund Den Doncev taking money, as well as conversations related to racketeering of the company Diamed. The video was posted on YouTube.

The footage reveals that Den Doncev not only took money, but also confirms that he was in full coordination with the then Prime Minister Zoran Zaev.

The first audio features the former director of the Healthcare Fund, Den Doncev, bragging that he is in constant communication with the director of the financial intelligence Blazo Trendafilov, who Doncev himself claims was a close friend of Zoran Zaev and that is why he put him on that position.

The talks also reveal that Doncev was coordinating the “Racket 2” case, ie the entering of the “Diamed” company, which in turn accused the government of racketeering.

As a reminder, Vera Ivanova, a businesswoman who sold “Diamed” to a Swedish company with a 20-year license for dialysis, filed criminal charges against Health Minister Venko Filipce and Healthcare Fund Director Den Doncev a few months ago. Ivanova’s lawyer claims that they prevented the sale to a foreign investor, which caused damage to both the businesswoman and the state.

At the end of last year, Slovenian Nova24 TV reported that Zoran Mileski Kiceec had called Vera Ivanova, the victim in the “Racket 2” affair, to blackmail her, saying that if she did not change her mind about selling her Diamed company, an investigation would be launched against her.

“Only a day later, on October 26, prosecutor Vilma Ruskoska announced that her prosecution was investigating the work of the “Diamed” company. Two weeks later, a bigger shock followed. The Prosecutor’s Office froze the assets of the owner of “Diamed”, about 11 million euros, acquired from the sale of the company to the Swedish strategic partner,” Nova24 TV reported.

In one of the audio bombs published today, Doncev is nervous because Zoran Zaev’s lawyer Filip Medarski gets also involved in the game.

It is interesting that the bombs reveal that Den Doncev points out that they made a deal with former Minister and Deputy Prime Minister Nikola Todorov to be a witness in the “Diamed” case.

Den Doncev recently resigned as head of the public healthcare fund, and according to Zaev’s claim, due to alleged health reasons.