Home Macedonia Durlovski: The humiliation of the Macedonian language is a betrayal that cannot... 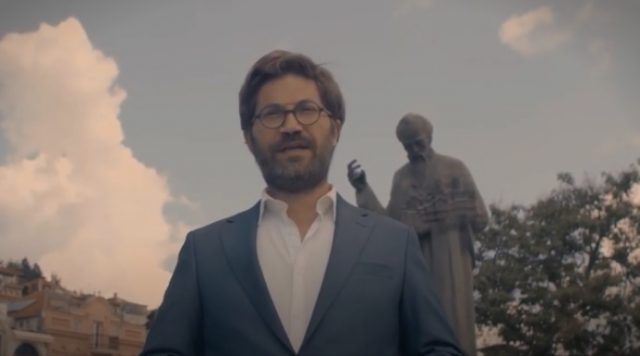 The holder of election district (ED) 5 Igor Durlovski made a statement from Ohrid
Thursday morning where he pointed out that the Renewal of Macedonia will put the
language on the pedestal, where it belongs as the most important and identity
landmark.
“For three years we have witnessed the sale of everything that is sacred in this state.
Despite all the humiliations without a shred of dignity and pride, they allowed the
Macedonian language to be treated as a written regional norm in another language.
This is the greatest betrayal that can happen to a nation, Durlovski stressed.
Durlovski added that no one should be pardoned for this betrayal. VMRO-DPMNE
will not allow the Macedonian language to be a regional norm of construction.
“In the recent Macedonian history, several state-building acts have been adopted,
which have strengthened its value. The next government will be the one that will
nurture and support the Macedonian language values,” said Durlovski.