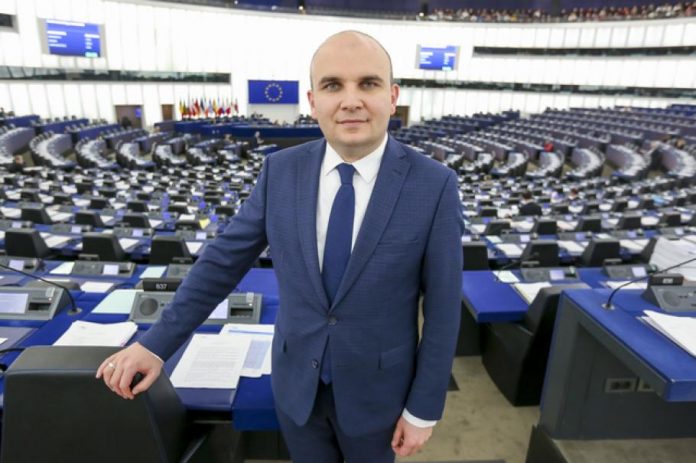 Members of the European Parliament in charge of relations with North Macedonia call for a transparent, credible and objective election campaign, free from disinformation and intimidation, reported MIA’s correspondent in Brussels.

“On 15 July, the people of North Macedonia will exercise their political right to decide who will govern the country during the next four years, steering it through the crucial phases of demanding EU accession talks,” said EP rapporteur for North Macedonia Ilhan Kyuchyuk.

Ahead of the elections in North Macedonia, MEP Kyuchyuk, Chair of the EP’s delegation to the EU-North Macedonia Joint Parliamentary Committee (JPC) Andreas Schieder and and its Vice-Chair Marion Walsmann underlined that these elections are a crucial test of the country’s democratic maturity.

Under the current challenging circumstances of the health crisis, the MEPs call upon all political forces in the country to be responsible and follow through on commitments undertaken in the Code for Fair Democratic Elections.

“We urge the authorities to ensure a fair and smooth electoral process in line with international obligations and standards, to be held following adequate protective health measures,” the MEPs point out.

According to them, the historic agreements with Bulgaria and Greece are at the very centre of North Macedonia’s European future, enhancing reconciliation and good neighbourly relations across the European continent.

“Through inclusiveness, tolerance and positive diplomacy, North Macedonia has demonstrated its commitment to overcoming internal and external divisions, setting an example for the whole neighbourhood. Continuation of the inter-party dialogue after the elections is of utmost importance. The newest NATO member needs political certainty to advance in its democratic consolidation and transformation process,” the European Parliament sands a message ahead of North Macedonia’s parliamentary elections.

The MEPs note that following the elections, fully functional institutions, kept accountable by an engaged and committed opposition, will be needed to guide the country to a post-pandemic recovery, to continue with EU-related reforms.

In addition, the European Parliament welcomes the European Commission’s efforts to present the draft negotiating framework as soon as possible and urge Member States to adopt it without delay.