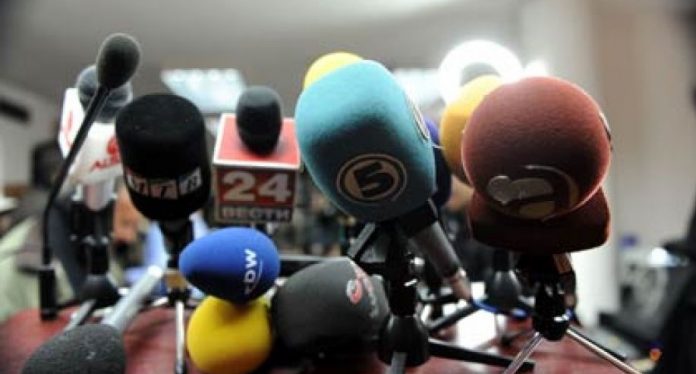 The media industry in the country has been hit hard by the COVID-19 pandemic. Media outlets are forced to make difficult decisions. Journalists, on the other hand, face financial, psychological, social, as well as both ethical and professional challenges more than before the pandemic. Two media workers so far have lost the battle with coronavirus, which in addition to economic and social security concerns, also raises concern among media professionals who are front and center in covering pandemic-related events while at risk of contracting the virus, shows a survey of the Independent Trade Union of Journalists and Media Workers (SSNM), carried out in June to a representative sample of 150 respondents from different media outlets.

According to the survey, 62% of the media workers reported that work in such circumstances affected their mental health; 17% have had their pay cut; 22% haven’t been provided with protective equipment; 45% need additional equipment at the moment and in the coming period; 25% said that reduced transparency of institutions was their biggest challenge in COVID-19 reporting; whereas 48% said they needed psychological support.

“After an interview with Kumanovo Mayor Maksim Dimitrievski, I got a 15% pay cut for one month,” a journalist who got a pay cut for his work done has said. The Mayor first tested positive, and then negative for coronavirus, whereas the journalist earned a murky pay cut that almost no one even heard about. The reasons are still unclear, according to SSNM.

The coronavirus has exerted significant effects in all areas, SSNM stressed. The media workers reported reduced quality of life. As many as 62% of the respondents said work in such circumstances affected their mental health.

“For three months I’ve been working the second shift until 11 pm, so that a can cook some food, look after the children and study with them until my husband gets back from work,” a journalist has said.
The most common answers of the respondents regarding the transparency of the institutions are that many of the questions to the institutions remained unanswered during the COVID-19 crisis.