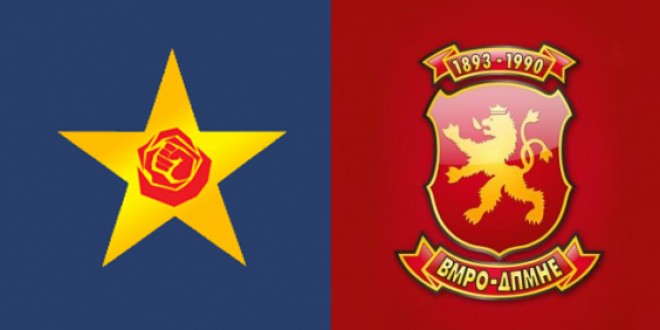 The US National Democratic Institute on Thursday released a poll on Macedonia’s snap parliamentary elections, according to which the SDSM-led and BESA-led coalition has a 3.6% lead over the VMRO-DPMNE-led coalition ahead of the July 15 elections.

However, if we do the math, the survey has a big gap, no less and no more than 6.1 percent, i.e. the sum of all percentages for the parties gives a final result of 93.9 percent. According to analysts, this is a deliberate oversight to make the poll look like a desire to extend SDSM as an alleged winner. Six percent of the vote could give a different look to the poll.

According to this poll, an average of 24.8% of respondents said they would support the “We Can” coalition, 21.2% would vote for the “Renewal for Macedonia” coalition, and DUI led with 7.2% ahead of the Alliance for Albanians coalition and Alternative for which will vote 5.7%. 16.5% of people said they would not vote, 9.5% refused to answer and 9% did not know.

The research shows that for the coalition led by SDSM there are no major changes in the voters regarding the mood for voting in March, VMRO – DPMNE has a jump of 2%, and DUI and the Alliance and Alternative the status quo. Regarding the trust in the leaders, the citizens trust Zoran Zaev the most with 40% who still has a drop in the rating compared to February, the trust has increased towards Hristijan Mickoski but he is almost twice behind Zaev with 28%.

For comparison, according to the results of the same survey, the general impression of the public is more pessimistic, with 44% of respondents saying that the country is moving in the wrong direction. In a previous poll (March 2020), 33% of respondents believed that the country was moving in the wrong direction. The large difference in this indicator in just less than three months also suggests an error in this survey, which domestic NDI hiring companies say has a possible margin of error of 2.8 percent.