Home Macedonia Ahmeti: Zaev drinks alcohol before a rally, and then he regrets what... 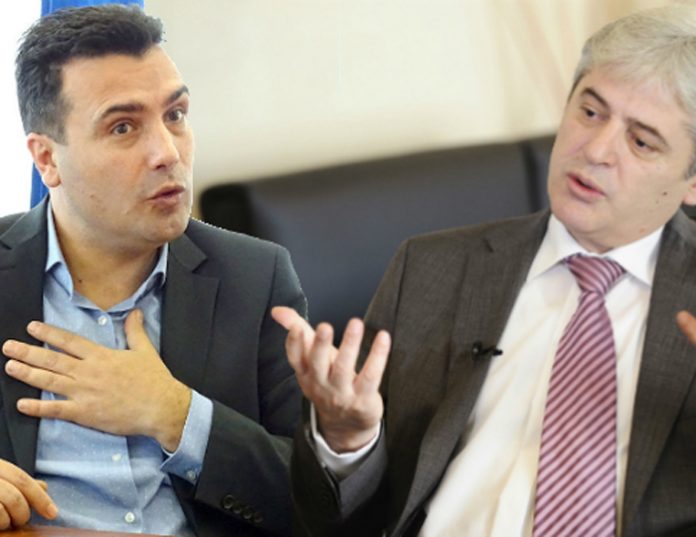 DUI leader Ali Ahmeti was on Albanian Syri TV on Monday, and when asked by the moderator why SDSM leader Zoran Zaev had harsh rhetoric against DUI at his rallies and announced that DUI would go into opposition, Ahmeti replied that Zaev would have 2-3 glasses of rakia before a rally, and then he would regret what he said.

“Zaev will have 2-3 glasses of rakija before a rally, and then he regrets what he said. He says one thing at rallies, and tells me another thing at meetings,” said Ahmeti.

The leader of SDSM, when asked on TV21 to comment on the statement of his former coalition partner, Ali Ahmeti, that he drank rakija and then regretted what was said at rallies, he said:

“If someone does not drink alcohol, then it is Zoran Zaev. The man is completely wrong. So Zoran Zaev can make a toast with a glass of Macedonian wine, homemade rakija, but under the influence of alcohol I have never been drunk in my life,” said Zaev.