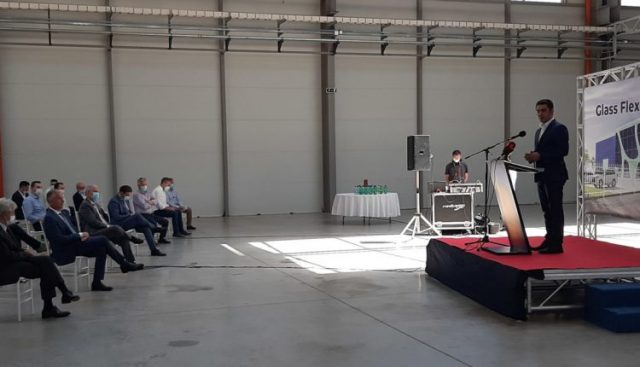 A Macedonian-Dutch glass-production plant “Glass Flex” has opened in the Tetovo
technological-industrial zone.
The investment is worth EUR 9 million and the plant is set to employ 300 people.
“The plant is unique on the Balkans, using state-of-the-art technology in glass
production. Eighty percent of the output will be sold at the markets of the former
Yugoslav states and Western Europe,” said “Glass Flex” manager Goce Pesov.
Economy Minister Kreshnik Bekteshi said they were investing efforts to maintain
construction works in free zones despite the pandemic.

“The ministry has received an application for the opening of a new capacity of a
German company for production of automotive components in this zone,” said
Bekteshi.
The plant will produce tempered, laminated and other types of glass.