Home Macedonia The entire SDSM, led by Zaev and Sekerinska, were racketeering! 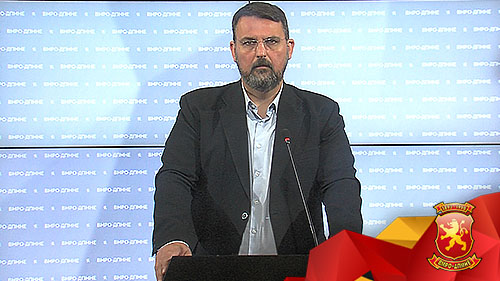 The entire SDSM, led by Zoran Zaev and Radmila Sekerinska, racketeered and committed a crime! The entire leadership of SDSM is involved in this heinous criminal act. The “Racket” case and the court farce is a shame for the rule of law, but also a big stain and burden for SDSM. Not a day goes by without a new criminal scandal where one of the leaders of SDSM does not come to light, said VMRO DPMNE spokesperson Naum Stoilkovski,

“Radmila Sekerinska was caught on camera with the convicted perpetrators of the heinous racket, Zoran Zaev was filmed confessing to Shilegov’s crimes, and criminal charges were filed with the Public Prosecutor’s Office for 40 people, all from SDSM, including Zaev, his brother Vice, Trajce’s cousin. then Oliver Spasovski, then Mila Carovska, Kiracovski, Goran Sugarevski, Petre Shilegov, Kostadin Kostadinov and others.