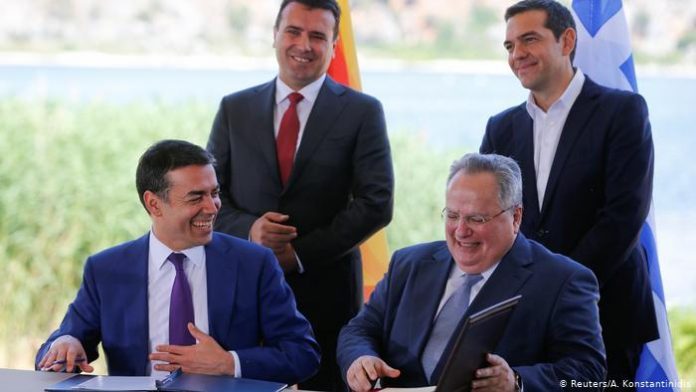 Greeks are counting on Zoran Zaev and SDSM and give them blank support for winning the elections. This is the most concise statement made by the new articles in the Greek media, where with all possible epithets and without support, Zaev and his role in the capitulating Prespa Agreement are praised.

“Crucial elections are taking place in North Macedonia next week, following a three-month delay because of the pandemic. Relations between Athens and Skopje are much improved since the 2018 signing of the name deal. Still, the vote is important because it will determine whether the Balkan nation will continue on the Euro-Atlantic path that was cleared by the Prespa Agreement, largely due to Greece’s consent, or whether it will return to a path of uncertainty, which would endanger the prospects of its people, but also relations with Greece,”, writes the pro-government newspaper Kathimerini.

Kathimerini estimates that Greece would reportedly want to continue supporting North Macedonia’s Euro-Atlantic trajectory and its institutional modernization. It also wants to offer itself as an important trading partner, on the condition, of course, that the Prespa deal is upheld and the new government in Skopje takes an active interest in settling a number of lingering differences.