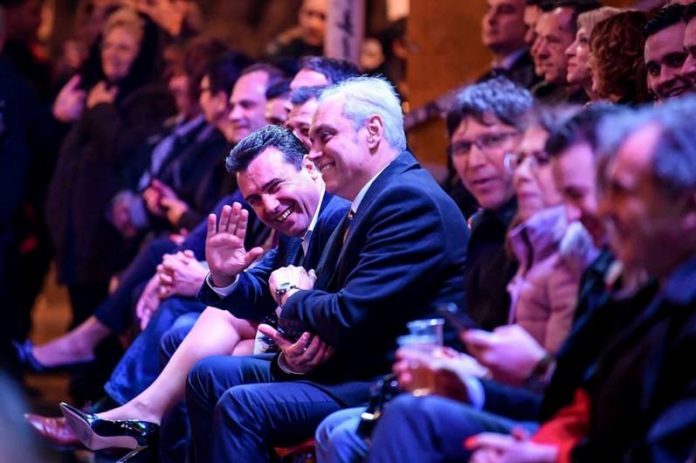 In the past, as in any other European country, financing political parties, especially during elections with money of foreign origin and foreign donors has been banned. SDSM, through the government, halved the state funds for the campaign due to alleged austerity, and gave budget money to its media, penguin houses, to party NGOs and corruption.

This year, due to the epidemic, the country holds elections without rallies, yet through the media and social media. Everyone can notice that, SDSM publishes sponsored posts on Facebook in its favor, i.e. paid advertising to get the posts of interest to SDSM to a larger number of people. A calculation has emerged from experts working on digital marketing that SDSM spends at least 27,000 euros a day for that purpose or, for 20 days of campaigning, they would pay 540,000 euros!

That money is not reported in the advertising campaign, and is a crime on its own.

If you look at the Facebook page of the SDSM party, you will see that the page has 17 administrators from Macedonia, one from Britain and – four from Hungary. This is important because anyone who is an administrator can pay for advertising, sponsoring or boosting SDSM’s election accounts.

That money, paid through a Hungarian administrator, is not recorded in Macedonia, does not enter the party advertising budget followed by the State Election Commission or the Prosecutor’s Office, and means financing the elections with a foreign donor who is anonymous by the way, which is clearly a criminal offense during elections.