Home Macedonia Jelincic to Macedonians: If you let Zaev win, you don’t deserve the... 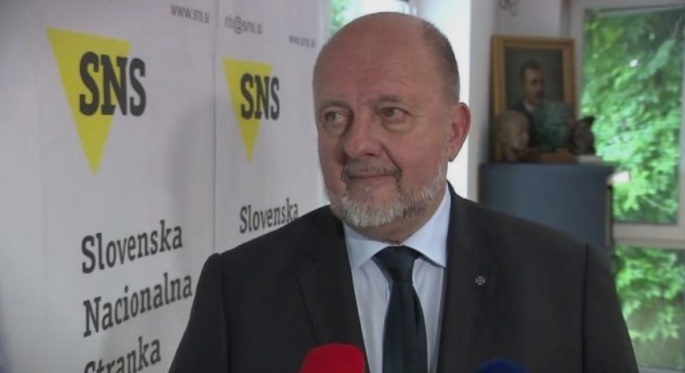 At the end of the election campaign in Macedonia, MP Zmago Jelincic Plemeniti, leader of the Slovenian National Party (SNS) sent a message from Slovenia and addressed Macedonians directly, at times without even choosing his words.

Elections are to be held on Wednesday, perhaps the most important in the history of the Macedonian people. It is up to you to erase Zoran Zaev and his helpers, the greatest traitors in the history of Macedonia, once and for all! If you allow that pest to run over you once again, the best friend of our Tanja Fajon, then you do not deserve the name Macedonia! If you allow that criminal to win, then it must be clear to you that he will break up the state and hand it over to the Albanians. He will sell you for good money as well as your name! If you allow it, you are just p*ssies.

You have an alternative, vote for those who will restore the dignity of Macedonia, who will return Macedonia to its name. And if it happens that those who now promise and not to return the name Macedonia in a few months, then erase them too! Don’t forget, many of your ancestors gave their lives for Macedonia, from ancient times to the last war in 2001.

Do you really think that, because Zaev changed the country’s name, you will join the EU? Stop dreaming! The Bulgarians have made it clear to you that there is no Macedonian language or Macedonian people according to them, for the Greeks you are just Gypsies anyway, and in the end Zaev will agree to that as well.

But what do you care what others say and think! You are Macedonians, so start behaving like Macedonians! Fight for your rights, old and young!