Home Macedonia Mickoski: VMRO-DPMNE won in most municipalities, we are optimistic about forming a... 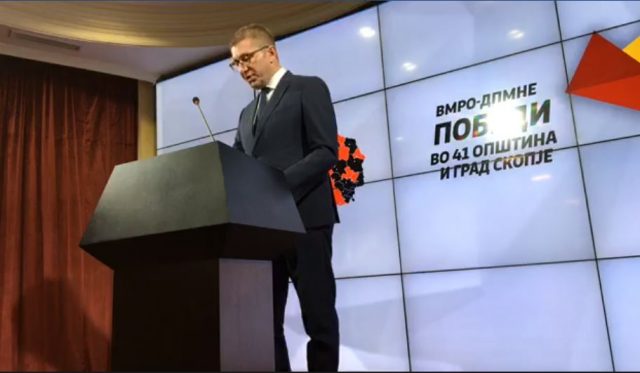 The people opted for change. They know that the reality they live in is unbearable.
The results show that the opposition won more votes that the ruling majority, said
VMRO-DPMNE leader Mickoski at today’s press conference about Wednesday’s
snap parliamentary elections.
Mickoski said that his party has won more votes and seats than SDSM, putting
SDSM coalition partner BESA aside, and that the mood of the public is undeniably
pro-opposition.
&quot;VMRO-DPMNE and the “Renewal of Macedonia” coalition won in 41 municipalities.
This result is achieved in difficult circumstances, strong pressures, and numerous
irregularities. The government carried out a massive, massive bribe. Today the
website of the State Election Commission is out of order. We received information
that the data were suspiciously counted and presented,&quot; Mickoski stressed.