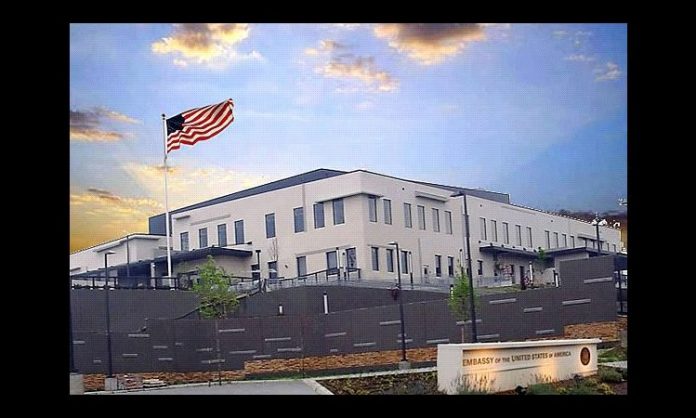 As the first general elections held in North Macedonia since joining NATO and being invited to commence EU accession negotiations earlier this year, these elections represent an important step for democracy, says the United States Embassy to Skopje in a statement regarding yesterday’s parliamentary elections.

“We want to recognize the tremendous efforts of the local election officials, who ensured that, despite the ongoing pandemic, elections were organized with every effort to protect the heath of both the voters and the polling center staff and observers,” reads the statement on the Embassy’s Facebook page.

The Embassy also expresses its appreciation to ODIHR for its preliminary findings on the parliamentary elections.