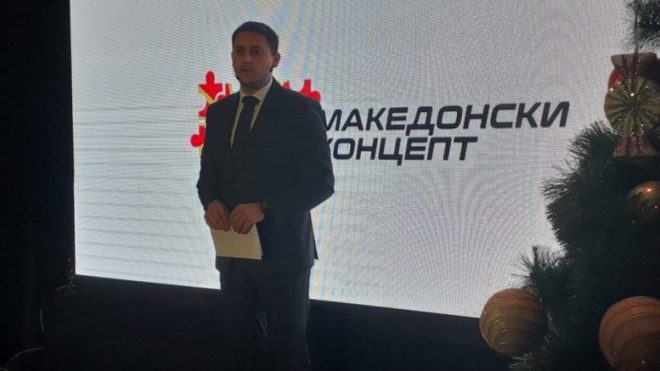 The political party Makedonski Koncept (Macedonian Concept) will submit an initiative to the Constitutional Court and a lawsuit to the Public Prosecutor’s Office against the State Election Commission (SEC), in order to pave the way for the “truth about the directed election result”, regardless of whether the same “controlled judiciary” will be encouraged to work , the party said,

The scandalous summing up of the election result, as pointed out by the Macedonian Concept, showed that the country lives in a “controlled democracy”, in which it does not matter who votes, but who counts the votes, and the parties are the ones who decide the election result, not the citizens that vote!

The party believes that there was an agreement between the three political groups, the ruling SDSM and DUI and the opposition VMRO-DPMNE, to conclude a result with which each of them will preserve its position.

“Zaev as Prime Minister, Mickoski as opposition leader and Ahmeti as the undisputed leader of the Macedonian Albanians, agreed and did their part. The SEC and the Macedonian judiciary approved it! “gain, for the hundredth time, we are establishing a judiciary controlled by the parties,” the party said in a statement.

The parties, knowing that they do not control the possible MPs from the Macedonian Concept, all together took care not to delete us from all polling stations, including the votes of the candidates for MPs! It deserves all condemnation, but also pride in all of us, that we are the only structure that is not under the control of the mafia and its political executors! The citizens will see that through the coming years “, says Bogojevski of Makedonski Koncept.

The party on the early parliamentary elections on July 15th came under the borrowed abbreviation of the SDU party, according to the final results announced earlier on Saturday by the SEC, winning 2,585 votes, or 0.28%.