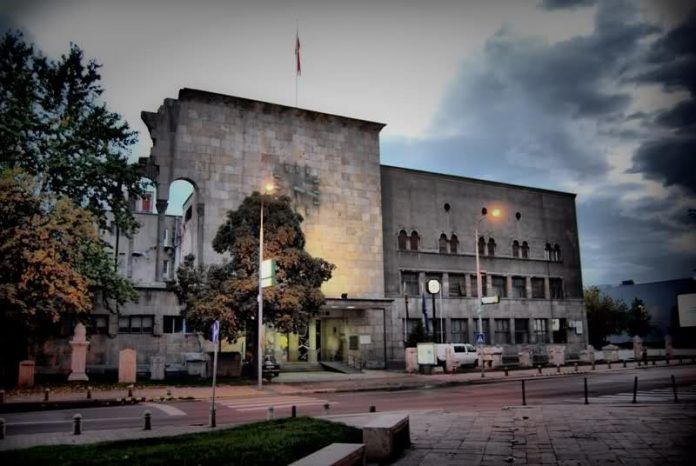 World architects from Japan, the Netherlands and the United States, 55 years after the plan of the famous Japanese architect Kenzo Tange for Skopje, will again in Skopje to discuss the power of architecture and urbanism. With the three-day “Project Skopje”, which will be held from October 21 to 23 this year, the Faculty of Architecture at the University “St. Cyril and Methodius University will continue to mark the 70th anniversary of its founding and the 55th anniversary of the adoption of the plan for reconstruction of the center of the city of Skopje.

After the devastating earthquake in 1963, which left more than 80 percent of the buildings in ruins, the United Nations made a tremendous effort to rebuild and redesign Skopje, inviting a number of world-renowned architects, including Kenzo Tange of Japan and Jaap Bakema and Van den Brook from the Netherlands as well as Constantinos Doxiadis from Greece. Their projects were a confirmation of the idea that modern cities and societies can be designed and reconstructed through ideas and concepts that are inherent in architecture and urbanism, and at the same time are deeply humanistic.
Exactly fifty-five years after the preparation and adoption of the plan for reconstruction of Skopje after the catastrophic earthquake in 1963, the architects Reinier de Graaf of the OMA studio in the Netherlands and Sou Fujimoto from Japan, as well as prof. Charles Waldheim of Harvard University in the United States.

“The main goal of the Project Skopje in 2020 is to reconsider the power of architecture and urban design as drivers of the reconstruction of societies and cities around the world. The Skopje Project was a great opportunity for world architects of that time, at the invitation of the UN, to create a truly world-class project that would promote the universal humanistic values ​​created through architecture. This process was realized through close cooperation of top architects from around the world to create a world vision for Skopje,” said prof. Dr. Ognen Marina, Dean of the Faculty of Architecture.

Eminent professors such as Hajime Yatsuka from Tokyo, expert on the works of Kenzo Tange, Dirk van den Heuvel from the Netherlands, expert on the work of architect Jaap Bakema, Deborah Hauptmann from the USA, and Ines Tolic from Italy will have special lectures at the Project Skopje.

The event is organized in collaboration with USA’s Domain Studio.