Home Macedonia Reactions after the increase of electricity price: The profit of monopoly companies... 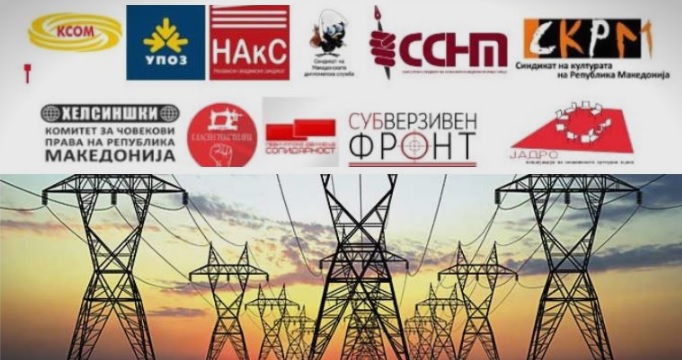 Many associations and unions fiercely reacted to the scandalous decision of the Energy Regulatory Commission to increase the price of electricity by 7.4%, and demand that it be withdrawn immediately.

– Revolted that the decision is made in the midst of the biggest crisis of recent times, when thousands of people lose their jobs or get pay cuts, as well as in a period when various embezzlements are disclosed by companies that received state aid and did not pay salaries to their workers. Such a harmful draft decision once again confirms that the biggest blow from the crisis will be on the most economically vulnerable and workers.

The explanation of the President of the Energy Regulatory Commission that the price had to increase due to the reduced revenues of the energy companies is also revolting. The profits of large monopoly companies must not come before the citizens’ interest and it is the country’s duty to protect the citizens.