Home Macedonia Mickoski: Zaev would be pleased if I left the helm of the... 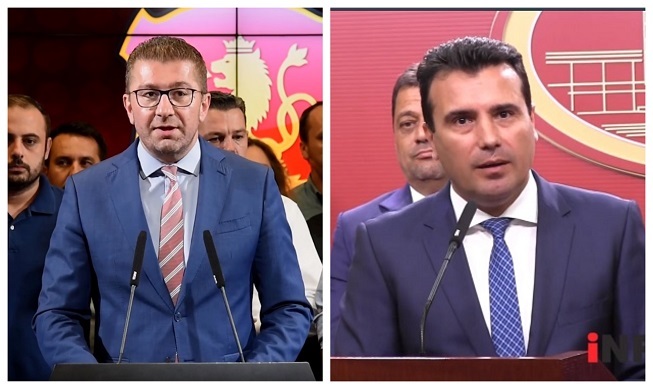 I said that I feel responsible and I have no dilemma here, I am always guided by the principles. But I received unequivocal support from everyone in the party. And it would be cowardly to stick to my principle now and run away and leave the whole thing, because in that case the happiest would be the political opponent and a small group trying to make another coup and use the party in some of its mathematics. , trade and bargaining and that is why it is a done deal, said VMRO-DPMNE leader Hristijan Mickoski in his interview on TV Alfa’s “Sto ne e jasno” show.

Mickoski pointed out that he is also self-critical, but he also spent many places in this campaign and met many people.

“I, personally, feel responsible that there was a group of citizens who were anti-government and had a pro-opposition mood, but we failed to convince them that we are different from all the previous ones, that we have the capacity for something different and more. They usually said I will not go out to vote because everyone is the same. That is why we failed to mobilize them and here I feel most responsible for failing to convince these people to go out and vote,” Mickoski said.