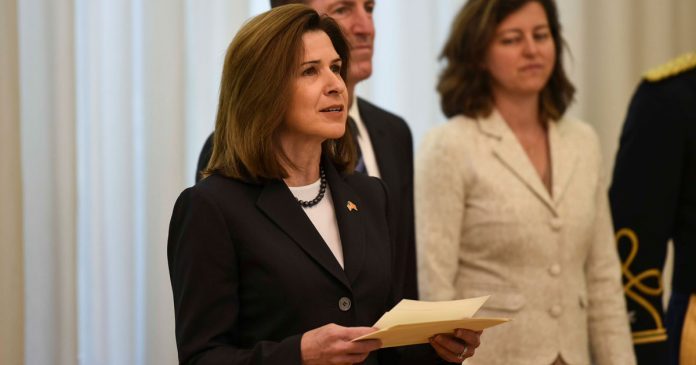 United States Ambassador to Macedonia Kate Marie Byrnes says in an interview with daily Koha that the new government should be formed within the legal timeframe, in order to continue to fight the COVID-19 crisis, adding that the U.S. will cooperate with all political parties so that the country continues on its Euro-Atlantic path.

“We expect the timeframe to be met. Considering the COVID-19 crisis and other important issues that the country is facing, reaching an agreement for a new government that can solve these problems is a priority,” says Ambassador Byrnes.

Asked about DUI’s idea of a first Albanian PM, the U.S. Ambassador says the country’s pluralistic system ensures the election of a prime minister through a vote by a majority of lawmakers, regardless of the ethnic background.

“It depends on the parliamentary majority voting for the future government. Certain qualifications of the PM and his/her capability to get the support of a majority of MPs are, by the nature of your parliamentary system, the deciding factors here, regardless of the ethnic or political affiliation,” adds Byrnes.

Referring to the priorities of the next government, she says the moment should be seized.

“The new government must set its priorities. From our viewpoint, we hope its goal would be to benefit from the NATO membership and the progress towards the EU. Implementation of the required reforms and solving of the issues of rule law and corruption, including to ensure justice and impunity, will be crucial in this process. The most important thing is to not lose the momentum,” notes Byrnes.