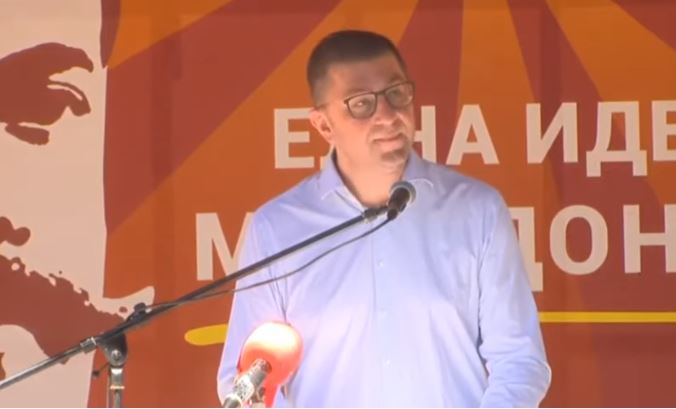 In the past two weeks,VMRO-DPMNE leader Hristijan Mickoski has taken several important steps towards redefining the current functioning of the party, but also as a defense against personal attacks on him by a group of former party officials, which is perceived in public as another futile attempt of SDSM to break the biggest political opponent from within.

“I want to clearly and unequivocally emphasize that I, as President of VMRO-DPMNE, apologize to the people for all the mistakes and injustices that these people have done, “said Mickoski in his Ilinden address in Tasmarunishte on Sunday.

It seems that Mickoski could not have chosen a better occasion – the biggest national holiday Ilinden. To find virtue on behalf of the party to apologize to supporters and citizens for the mistakes made in the past.But at the same time, he faced off those who are now demanding responsibility from him for the 15 July election result. Mickoski directly attacked the activation of such pale figures in Macedonian politics with their alleged concern for the future of VMRO-DPMNE, i.e. its return to power, which will presuppose their return to top positions. In the first place, accusing that they only worked in favor of the personal interest of the leader of SDSM, ZoranZaev – weakening VMRO-DPMNE from within.