Home Macedonia Trajko Veljanoski: The Parliament session is not over until a Speaker is... 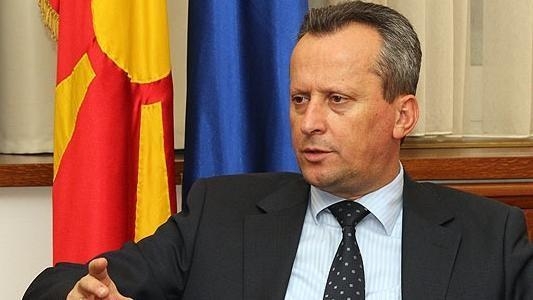 What are the conclusions that can be drawn from yesterday’s constitutive session of the Parliament of Macedonia? First, it has not been completed yet, but has been suspended after the second point verification of the mandates of the elected MPs, says Trajko Veljanoski, former MP and Parliament Speaker in a public statement.

“There was no establishment of either the Commission for Elections and Appointments, or a proposal from that Commission for the election of the Parliament Speaker.

Second, the Parliament without an elected chairperson is inefficient, because neither a new thematic session can be scheduled, nor laws can be passed, which is its basic competence.

But, the important dilemma is who is responsible for this outcome that the Parliament keeps in a non-functional vacuum, is it the chairperson who convened and chaired the session according to the Rules of Procedure or someone else? After the elections in 2016, within the appropriate deadline, I scheduled and chaired the constitutive session of the Parliament and timely asked the parliamentary groups to nominate members for the establishment of the Commission for Elections and Appointments. I waited for the parties’ response for too long, until March 2017, when it was proposed to form the above-mentioned commission. The announcements from the media even now envisage a certain delay in the establishment of the Election and Appointment Commission, which may last for a certain period.

However, the Rules of Procedure unfortunately do not give any chair of the constitutive session either the capacity or the institutional mechanisms regarding the dynamics of its two important components, namely the establishment of the Commission for Elections and Appointments, as well as the election of the Parliament Speaker. The responsibility for the successful completion of these two points of the constitutive session, both from the rules of procedure and from a political point of view, depends on the parliamentary groups and the decisions of the political parties in the process of forming a parliamentary majority. Until the parliamentary groups agree on the chairperson and members of the Election and Nomination Committee and until the political parties agree on the parliamentary majority, the chairperson of the constitutive session of the Parliament may not successfully complete the session, regardless of his personal efforts or parliamentary experience. And until the Parliament elects a chairperson it will be an inefficient institution, whose vacuum will be just another sign of the political and institutional crisis in which the country finds itself. And in the end, someone is tried for the same situation and declared a terrorist!”, wrote Veljanoski.