Home Macedonia 19 years since the Karpalak massacre, no investigation for accountability years later 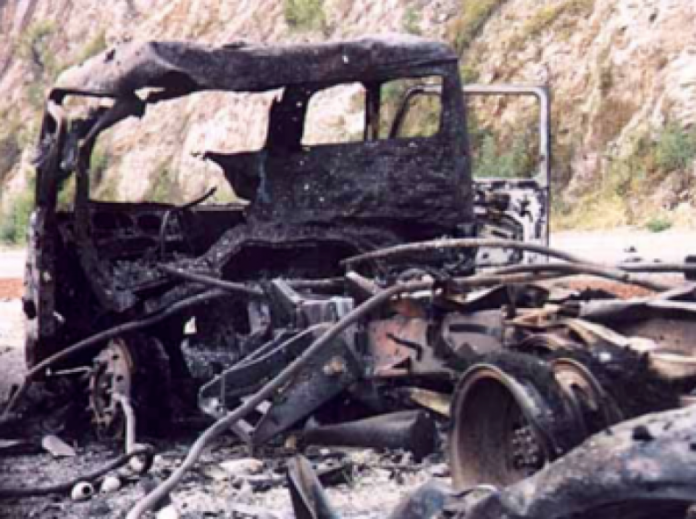 On August 8, 2001, an Army convoy was ambushed near the village of Karpalak. Ten soldiers, were killed in the incident, while three reservists were injured, all members of the Armed Forces of Macedonia, all from the Prilep barracks.

They were shot in an ambush with mortars by members of the NLA terrorist formation.

On August 8, 2001, in the area of ​​Karpalak, a convoy of two buses, a truck and a van on the road to Tetovo, was ambushed by a terrorist group at 9.30 am and opened fire on it with heavy machine guns and hand-held rocket launchers. A rocket-propelled grenade hit a transport vehicle, killing eight soldiers and two officers. The struggle to rescue the 108 survivors lasted for hours.

The convoy with 13 transporters, 15 tanks, 30 trucks, heavy infantry weapons, cannons, howitzers and two buses with reservists from Prilep went to Tetovo, Erebino, to shift the forces and take additional equipment for the army that was stationed there.

There has been a police checkpoint in the Karpalak gorge since the beginning of the war. Without the knowledge of the Ministry of Defense, this checkpoint was withdrawn on August 6, 2001, two days before the Karpalak massacre. The reason for the withdrawal of the police station and who issued that order from the Ministry of Interior remain unknown to this day.

The Macedonian State Security Service had an official note that there was an armed group of 10-15 people on the hill from where the convoy was shot at. It remained unclear who ordered the withdrawal of the police station from the locality of Karpalak on August 6, 2001, two days before the massacre, without the Ministry of Defense and the General Staff being informed about it.

The OhridFramework Agreement was signed on August 13, 2001.