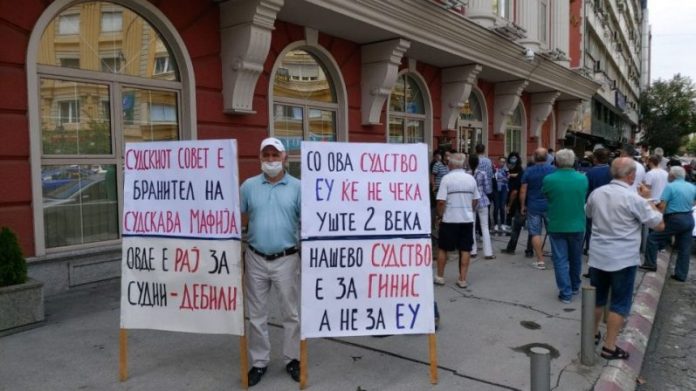 The informal citizens’ association “Stop the Robbery” today at a press conference demanded that the enforcement agents return to the court. That way, as they say, ‘we will have fairer trials and fairer processes and we will get more justice’. They also demand vetting of the judges.

“We are asking for vetting of judges because we have criminal judges in the judiciary itself. We also have in the Judicial Council, which formally exists and does not supervise the judges, i.e. it does not do its job. That’s all formal. The judges in Basic 1 and Basic 2, the Judicial Council, the prosecutors and the Council of Prosecutors are not doing their job,” said Ana Gligorova, a member of “Stop the Robbery”, which also organized a protest march from the Ministry of Justice to the court complex. 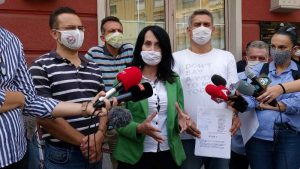 GoranNovakovskiof the association, on the other hand, stated that he reported 213 judges, primarily to the U.S. Embassy. Requests the Republic Judicial Council to schedule a public hearing on the complaint it has submitted about the work of judges. Based on my complaint, as he said, we submitted an initiative to amend the Law on Judges and Prosecutors to the Bar Association and the Ministry of Justice.