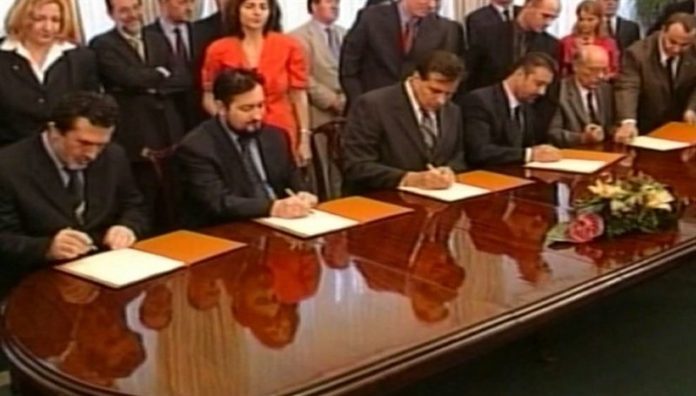 Thursday marks the 19th anniversary of the Ohrid Framework Agreement, which put an end to the 2001 conflict in the country.

The EU and US special representatives, Francois Leotard and James Pardew, respectively, signed the document on behalf of the international community.

The then EU foreign policy chief, Javier Solana, U.S. representative Pieter Feith and legal experts, such as professors Vlado Popovski and Ljubomir Frchkovski, also took part in the negotiations.
More than 130 laws and amendments have been passed over the years, most of which referring to non-discrimination and just representation, identity, culture, education and power decentralization.