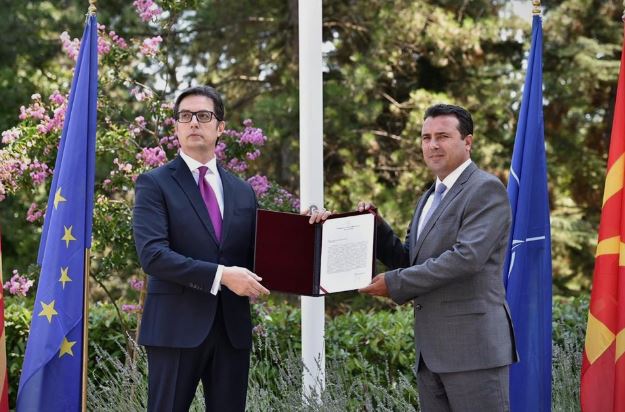 Opposition party VMRO-DPMNE is considering submitting an initiative to the Constitutional Court to reconsider the decision by which head of state Stevo Pendarovski handed the mandate to SDSM leader Zoran Zaev, whose party won the most MP seats- 46 after the July 15 elections but still there is no secured majority in Parliament to support the future government.

VMRO-DPMNE informs that there is a serious violation of the Constitution because the mandate was granted without proof of having a parliamentary majority. The mandate is usurped at this moment by MP Zoran Zaev who does not have a majority, and the step with which Pendarovski violated the Constitution is to buy time and make room for unprincipled buying of MPs.