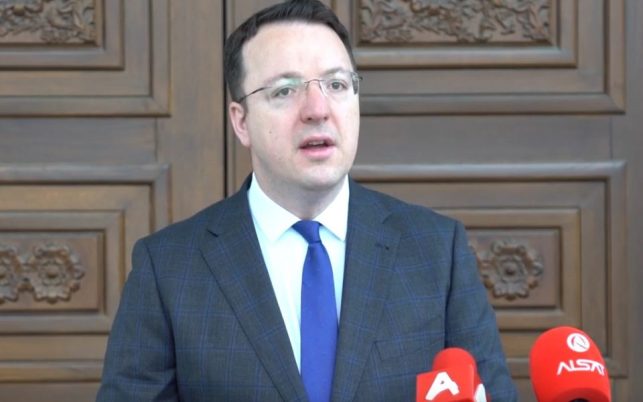 Zoran Zaev repeats his unfulfilled promises from 2017 in his new 2020 term.

At Saturday’s parliament session for verification of the proposed ministers, Zoran Zaev again manipulates the citizens with the same lies from 2017, said VMRO-DPMNE’s AleksandarNikolovski and added that instead of admitting to himself that the government led by him in the past three years are the worst years in the history of the Republic of Macedonia, he brazenly lies and again promises the same promises from the 2017 election campaign.

Although he has been manipulating the public for three years that in our country the healthcare has been raised to an enviable level, the road infrastructure has been improved, that salaries have been increased, that a Clinical Center will be built,ZoranZaev now repeats the same things that should have been done. That speaks of the incompetence and incompetence of these political dilettantes, i.e. the incompetence of ZoranZaev.

Instead of projects that are crucial for the Republic of Macedonia and the citizens, the public is witnessing that populist projects and measures are being propagated again, said Nikolovski, which will only confuse the citizens and help distract attention from Zoran Zaev’s deals and crimes and the top around it. The citizens of the Republic of Macedonia have been deceived and manipulated again, and unfortunately that will be felt on the standard of living and the darkness that is yet to come to the country.