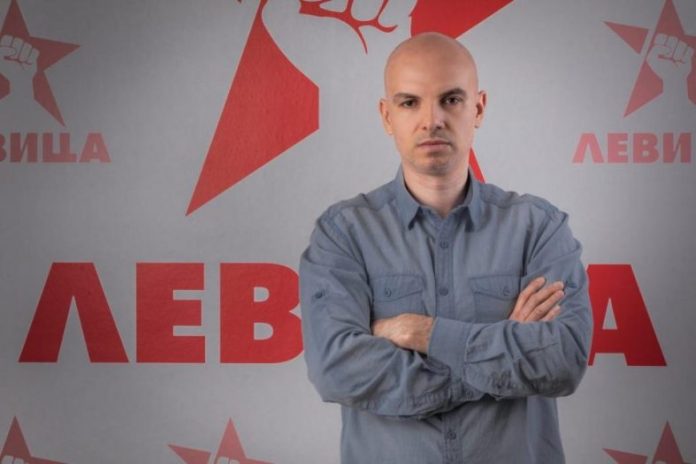 Levica MP Borislav Krmov at Sunday’s parliamentary session for the election of the new government cabinet said that Levica is a Macedonian party, but not a party of the Macedonians.