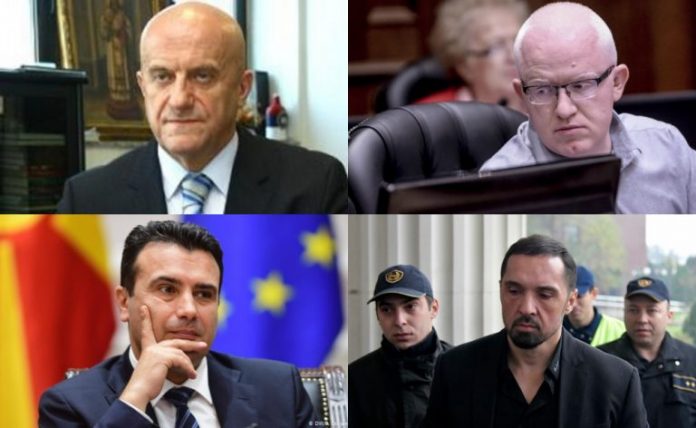 The controversial Montenegrin businessman Miodrag Daka Davidovic is becoming relevant again after the more balanced elections in Montenegro, which were won by the opposition, and at the same time in Macedonia he is gaining businesses that enable him enormous earnings of 200 million euros.

The opposition has previously published documents showing that with the approval of the Detailed Urban Plan for the area of ​​the former SHIK Jelak in Tetovo, this DUP adopted by the ruling SDSM/DUI coalition at the local level, will bring an incredible 200 million euros to the investor.

According to the documents, the Municipality of Tetova, where Teuta Arifi is mayor and her party DUI has a majority in the council, submits a request for approval for DUP to the Ministry of Transport and Communications on 21.02.2020 and the Ministry led by SDSM gives consent on 28.02.2020.

Analysts in the region claim that Davidovic Daka, as an extreme pro-Russian businessman, funded Milo Djukanovic’s political opponents who won the last election and are likely to form the next government.

The real head of the coalition is Miodrag Davidovic Daka, of whom Krivokapic himself says is the most deserving for him entering politics, writes Al Jazeera Balkans. He adds that Daka Davidovic was Karadzic’s military minister in the Serbian Autonomous Region of Herzegovina during the war in Bosnia and Herzegovina and who spoke with the greatest disgust about the European Union and European civilization.