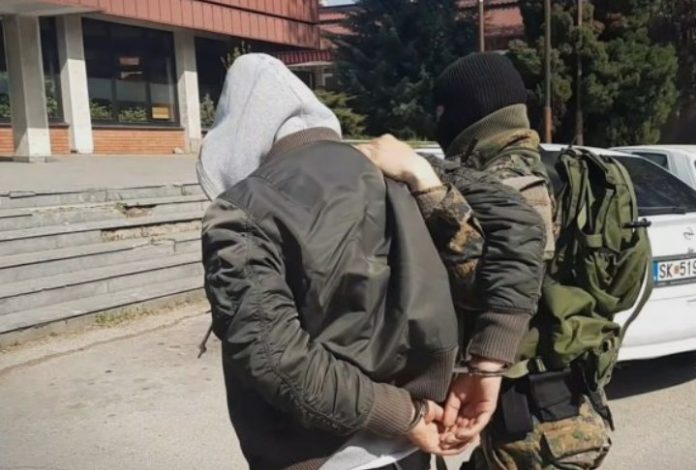 Five members of an organized criminal group for procurement and distribution of cocaine from Aracinovo and Negotino were detained in a police action yesterday at several locations in the capital Skopje and other cities in the country.

Interior Ministry spokesperson Toni Angelovski told a news conference that police officers in co-operation with the Special Police Operations Department and the Skopje SIA had arrested three people from Aracinovo and two people from Negotino.

Angelovski did not confirm whether they were members of the infamous so-called “Aracinovo group”, which like the rival so-called “Grcec group”, a village on the opposite side of Skopje, who are known as participants in many crimes, drug trafficking, large-scale robberies and liquidations of members of rival clans.

A 49-year-old man and his two sons, aged 22 and 24, were detained in this case in Aracinovo. They are suspected that for a long time they procured and sold cocaine at a price of 3,000 to 5,000 denars per gram in several cities across the country in Skopje, Kumanovo, Tetovo, Kavadarci and Veles, through an organized network of resellers and intermediaries.