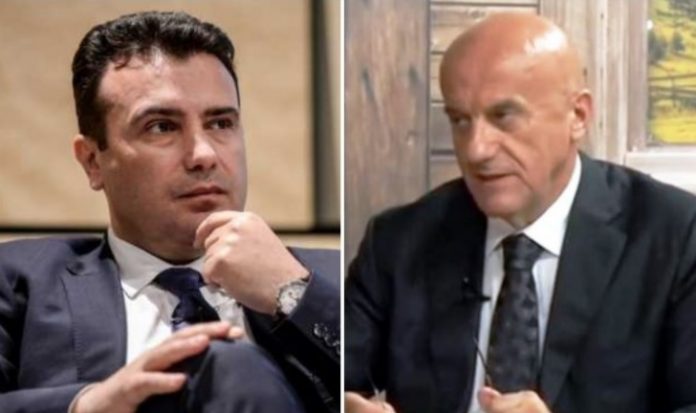 The Zaev-Daka affair with which Zaev’s government provided the controversial businessman with Russian connections with a business worth 200 million euros shows that the country is ruled by a mafia.

The facts unequivocally indicate that Milorad Davidovic-Daka is a product of Zoran Zaev and his desire for money, said VMRO-DPMNE spokesperson Naum Stoilkovski.

It turns out that the government made decisions in three weeks to sell Shik Jelak, the factory for which Daka in the bombs before the elections says that he gave a bribe of 300,000 euros. All this is happening at a time when the government in this country is led by SDSM, and Zoran Zaev leads the government.

“The justification that Daka came to the country during the time of VMRO-DPMNE is just an excuse, the facts show that in the time of Zaev and SDSM together they commit a crime with which they build an urban mafia. The government led by SDSM and DUI at least three sessions held on 25.12.2018, and on 15.01.2019, as well as on 07.02.2019 gave consent to offer the rest of Shik Jelak to Daka Davidovic who already owned part of Shik Jelak taking advantage of gaps in the law. The 115th session was chaired by Deputy Prime Minister Kocho Angjushev, while the 119th session was chaired by Zoran Zaev himself. Secretary General of the Government, Dragi Rashkovski was present at both sessions,” Stoilkovski said.

According to the VMRO-DPMNE spokerperson, Daka’s main advantage was that he knew that he was buying a company that was bankrupt at a negligible low price, and then the Government of Zaev and the Municipality of Tetovo led by Teuta Arifi voted for the conversion of the DUP with which stamps were drawn for the construction of 2 thousand apartments business worth 200 million euros.