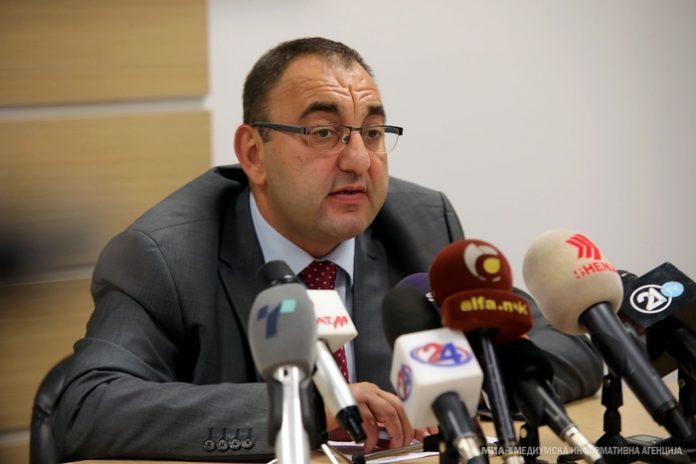 VMRO-DPMNE held its second announced protest against the increase in electricity prices on Friday.

Party representatives came behind closed doors in the Regulatory Commission after they wanted to meet with the Commission’s chairman Marko Bislimoski.

“We came to the Regulatory Commission today, and they welcomed us behind closed doors. No one opened the door for us to submit this request to them. VMRO-DPMNE calls on all citizens to join them because we want to hear the voice of the people. The voice of the people is to reduce the price of electricity, we demand that the old price be returned and that all members of the regulatory commission headed by the president resign,” says Misajlovski.

He adds that their undemocratic chairman did not open the door for them today to submit only one request.

“VMRO-DPMNE continues to be on the streets, so we call on all the people, associations, citizens, this battle is not only ours, they must hear our voice, because only then we are all stronger. VMRO-DPMNE will not stop, but will unite with all citizens, associations, non-governmental organizations,” says Misajlovski.