Home Economic Millions spent on tourism cards and vouchers, while tourism is in free... 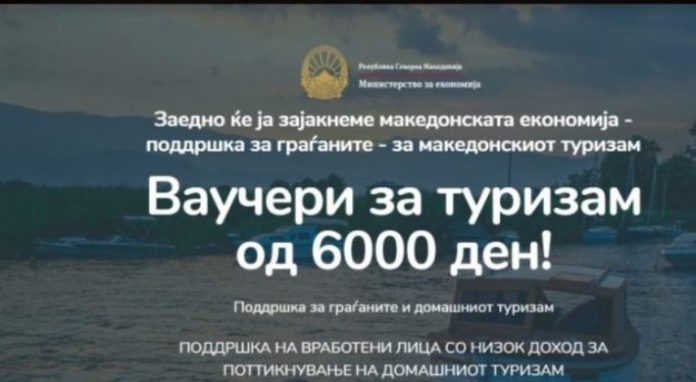 Millions went down the drain is the description that can be said for the government project to support tourism in Macedonia, which is experiencing a complete failure. Confirmation of this came from the State Statistical Office, which published devastating figures indicating that tourism is in free fall.

The numbers show that Macedonian citizens, despite being prevented from vacationing in many countries such as Greece, Croatia or Montenegro, where they spent their vacations in previous years, still did not decide to spend their vacations at home. But it is even more devastating that despite the open borders as one of the few countries in the world with such a risky move, we still failed to attract foreigners to Macedonia, who during the pandemic do not see the country as a safe country and that is why which did not come.

Apparently, the government’s campaign with photos from Germany, France, Bali and Thailand to save Macedonian tourism did not work. The vouchers distributed by the government, which so far have a low utilization of only 30%, did not help either.