Home Macedonia Will there be responsibility for the ‘Crime-legalization factory’? 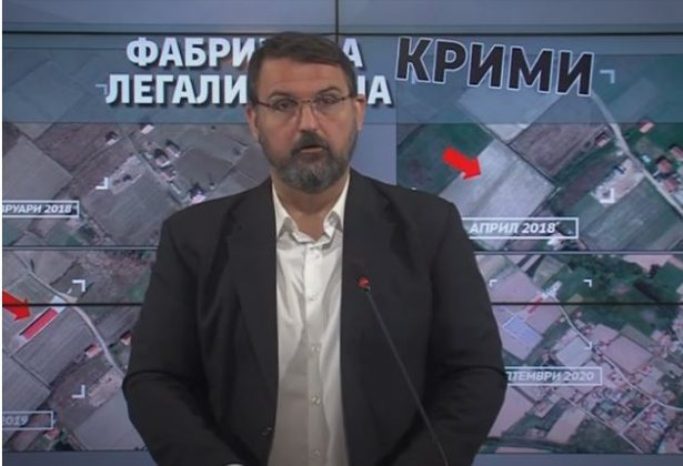 The criminal association of SDSM Factory for criminal legalization must be subject to investigation by the PPO, VMRO-DPMNE spokesperson NaumStoilkovskistated on today’s press briefing.

“A new  illegal construction, quickly legalized based on fake statements and issued documents in order to obtain a whole licensed marijuana factory to an ex colleague of ZoranZaev.The one that signed the new illegal construction to be legalized, the Mayor of BosilovoZoranZimbakov publicly admits that the urban, planning scope of the municipality was changed in order to legalize the new illegal construction in the middle of agricultural land.And all this on the basis of, according to the satellite photos, a geodetic report made with false data, made by another senior party official of SDSM! So the whole construction urban range is changing, documents are being prepared to meet the drug business of SDSM. For the criminal legalization, in which the main thread is Mayor Zimbakov, the Council of Bosilovo, led by GjorgiArizanov – senior party staff of SDSM in Bosilovo, expands the urban plan of Bosilovo, to legalize the new construction of another senior staff of SDSM – DraganGjorgiev. Isn’t this a criminal association with a clear goal?” Stoilkovski asked.