Home World Mickoski-Thimonier: Justice is administered selectively, and only against people from the opposition 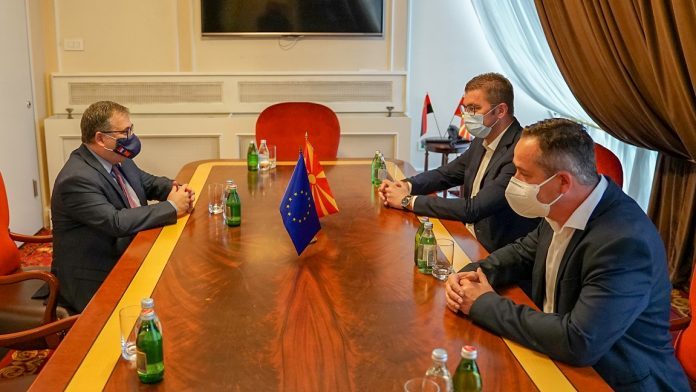 VMRO-DPMNE leader Hristijan Mickoski had a farewell meeting with French Ambassador Christian Thimonier. Mickoski and Thimonier discussed the political situation in Macedonia, during which the opposition leader said that the country is in a dire state with the decline in the economy and the rampant high-level corruption.

Mickoski said that justice is being administered selectively, and only against people from the opposition parties. Officials from ruling parties are awarded public contracts and there is no investigation into this behavior which impoverishes the country.

“VMRO-DPMNE as a political party has clear and concrete policies that will direct the Republic of Macedonia on the right track,, as well as will have an impact on the road to the European Union,” said Mickoski.