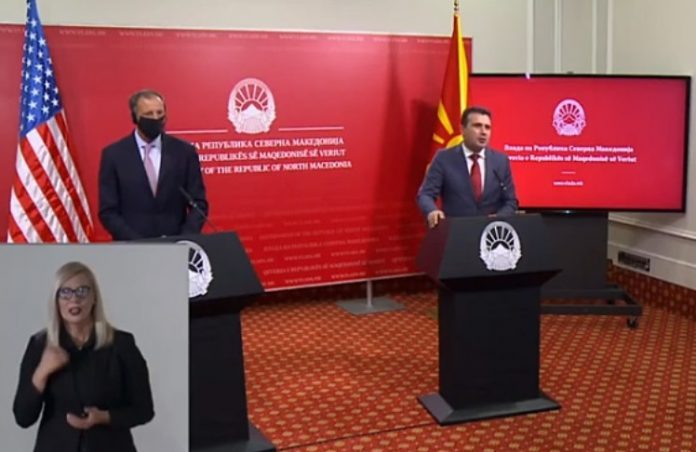 Macedonia is joining the construction of a liquefied natural gas (LNG) terminal in the Greek port city of Alexandropoulos.

Having secured the support of the United States, North Macedonia’s strategic partner and NATO ally, the country in the period to come will launch several projects of significance for both the country and the region.

Namely, the country will join the construction of LNG terminal near Alexandropoulos.

In a meeting Friday of Prime Minister Zoran Zaev with Francis Fannon, Assistant Secretary for the Bureau of Energy Resources (ENR) at the US Department of State, it was confirmed that the project would secure permanent and stable supply of gas in the country, which would also become a point of gas distribution to countries in the region that would show interest.

The meeting comes as a result of the PM’s talks in Greece two weeks ago at a conference where US Secretary of State Mike Pompeo was also in attendance.

Establishing the connection, according to Zaev, is crucial because it provides yet another opportunity for the country to be supplied with gas from Azerbaijan.