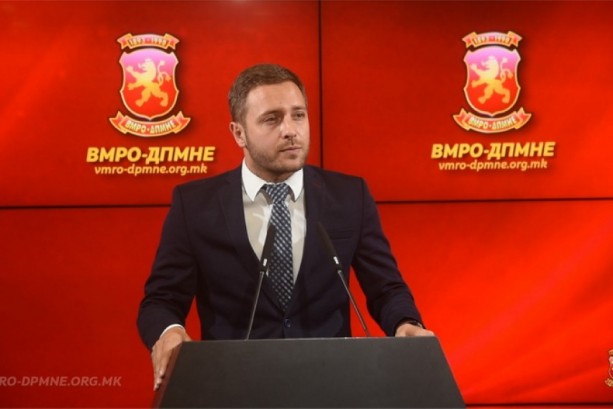 The citizens and the country are sinking into poverty, and the officials of the SDSM Government live hedonistically and enjoy the luxury of state expense and normally with the money of the citizens. The next period will bring to light all the luxury of SDSM officials in the past 3 years, where citizens are barely making ends meet and practically are on the brink of subsistence, while SDSM officials and the Government spend their money on the greatest luxury, accuses VMRO-DPMNE spokesperson Dimce Arsovski.

“The latest data say that SDSM can not give up luxury. In just 3 years, they procured 392 vehicles for the institutions, and the procurements cost a total of 8,130,000 euros. Over 8 million euros from the budget that are filled by citizens and companies through the payment of taxes and the like, ended up as luxury expenses of SDSM officials. The citizens’ money was not saved at all, so the most expensive and most luxurious cars, limousines and jeeps were bought, which cost over 40,000 and over 50,000 euros. There were also those that reach up to over 60,000 euros. What is very symptomatic is that over 70% of the procurements were only with an offer from 1 procurer, which clearly raises the suspicion that the officials who procured these vehicles, knew exactly what vehicle they wanted to procure, did exactly that in the tender conditions and favored in advance a vehicle they like to drive after being in office,” Arsovski noted.