Home Macedonia Mickoski: We will not be closer to the EU while people suffer... 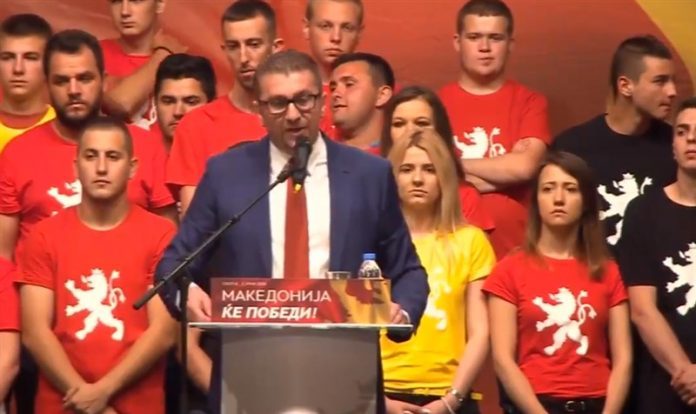 We have a strong distortion of values ​​in every respect. It must stop! Terror against people must stop! They must stop losing their jobs because they are members of a party or think differently from the government, said the VMRO-DPMNE leader Hristijan Mickoski in front of those present at the “protest against revanchism and terror against citizens and political dissidents.”

He called on the international community, which he said was calling for the rule of law, to come out and listen to the people’s misfortunes.

“Let them hear how parents shed tears because they cannot provide a decent livelihood for their families. Because they see the sad faces of their children who cannot be provided with a computer to attend classes as their peers do. Because they had only wrongdoing, they were activists or they supported the opposition or they had a different opinion from the government,” Mickoski said.