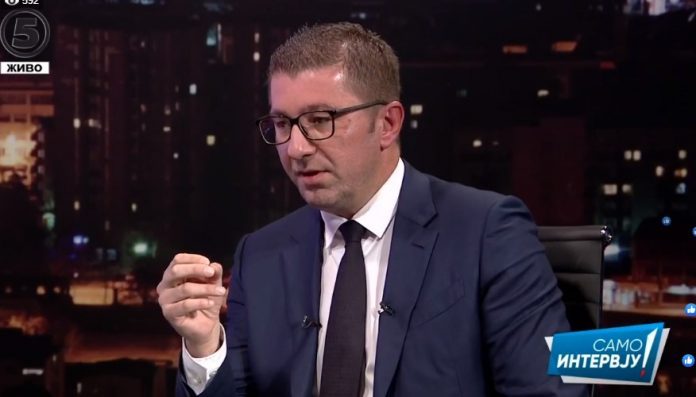 VMRO-DPMNE leader Hristijan Mickoski at last night’s “Samo intervju” TV show pointed out that Zaev in 2016 has promised to give away everything the Bulgarians demanded if they supported him in becoming prime minister.

“To tell you the truth, I have talked personally at those meetings with the European People’s Party with Bulgarian politicians who are part of that European party and they have quoted to me that what they are looking for now is the promise Zoran Zaev made in 2016 before those elections. It was promised back then that if he forms the Government, they will give their support, and everything will be arranged. And those people are now looking for what they were promised,” said Mickoski.

“But we are talking about the political exhibitions, and the political engineering that Zoran Zaev does all the time. One day he is close to this and that, and then he says prepare the nation for failure the next day. One cannot behave like that. This is not mature behavior. First he jeopardized all the chances for Macedonia to have a European perspective, and then he says it will be like this or it will be like that, he cannot do this. This is not how a mature politician behaves,” stressed Mickoski.

Mickoski pointed out that such immature political behavior by Zoran Zaev should be stopped, because it does not lead to a better future for Macedonia.