Home Macedonia VMRO-DPMNE with an initiative to the Constitutional Court to not disconnect electricity... 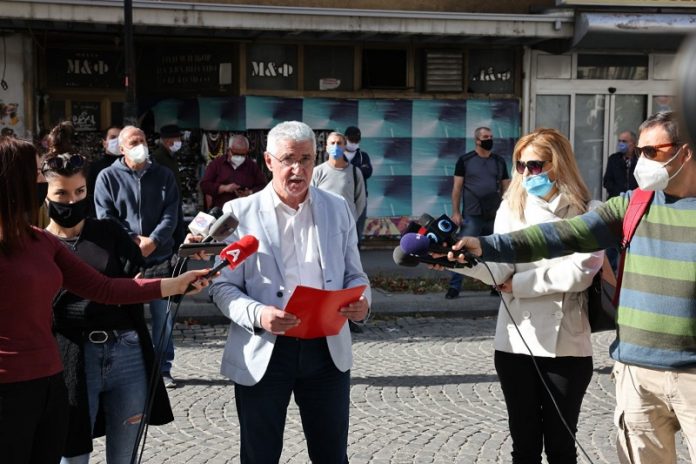 VMRO-DPMNE as a responsible political party, addressed with full attention to the issue of discriminatory attitude by the Universal Electricity Supplier and the Government that does not help the citizens by arbitrarily disconnecting electricity supply to households for unpaid electricity bills, Stojance Gerovski pointed out at Saturday’s protest in front of the Energy Regulatory Commission.

“This means that the Government, through the politicized Regulatory Commission, allowed the increase of the price of electricity, which means more expensive bills and poorer people, moreover, violating the Constitution, it allows unlimited disconnection of electricity supply, which especially affects the most vulnerable categories of citizens,” said Gerovski.

He added that on that basis, VMRO-DPMNE prepared an initiative to establish the unconstitutionality of such provisions, with full constitutional and legal explanations for the unsustainability of such provisions, but at the same time, the initiative is supported by the views of the European Court of Human Rights in Strasbourg, and also with the views of the Constitutional Courts from the region and the verdicts already passed by them.