Home Macedonia What Zaharieva is saying today, Zaev has promised 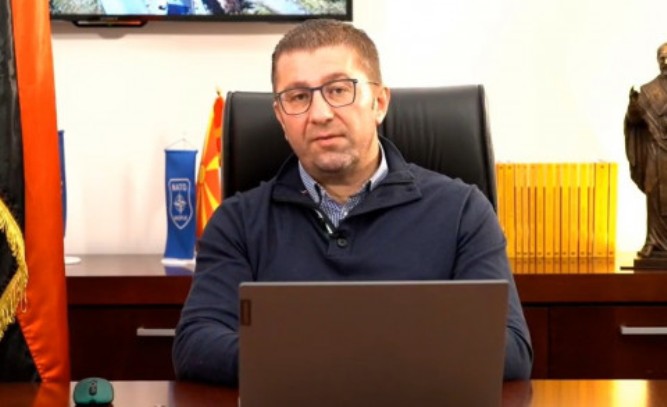 When asked during Sunday’s Facebook Q&A session why the government does not react to Bulgaria’s provocations and what will our country do if Bulgaria blocks its EU path, Zaharieva even confirmed it when she said that Macedonia cannot join the EU without recognizing its Bulgarian roots, VMRO-DPMNE leader Hristijan Mickoski said that at the moment the most important thing is for Macedonia to hold the first intergovernmental conference with the EU, which would mean a symbolic start of negotiations. Mickoski also informed that during the next week VMRO-DPMNE will convene a session within the Parliament to openly discuss the Macedonian red lines.

“As a matter of fact, a top Bulgarian politician told me at one of the meetings of the European People’s Party that all this was promised by ZoranZaev and that when he was in opposition then he convinced them that the most important thing was for him to become prime minister, and for the rest no problem. At that time, many criticisms were directed at us in VMRO-DPMNE that we did not want to negotiate, but we maintain the same position that this topic does not deserve talks and negotiations. Because the Macedonian nation and state have their own roots,” Mickoski stressed.