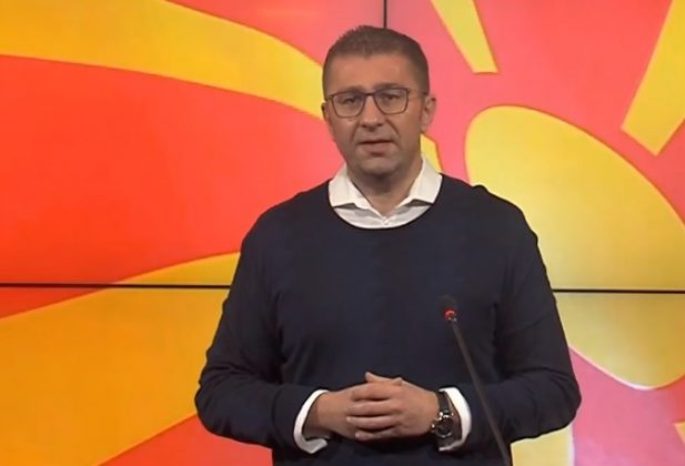 Zoran Zaev prefers to see the Prime Minister of the Government of our eastern neighbor, instead of a leaders’ meeting so that we all together can reach a national and state consensus with protected national and state interests, and then to present arguments in talks on key issues with neighboring Bulgaria, VMRO-DPMNE leader Hristijan Mickoski wrote on Facebook.

“I can understand why Zoran Zaev is running away from a leaders’ meeting because he is a politician with concessions. Zoran Zaev has made promises to high political circles in neighboring Bulgaria.He is a man who would trade with everything, and I will not agree at any cost to the assimilation of the Macedonian people. Zoran Zaev does not want a leaders’ meeting because I presented to the Government a clear and precise position on not changing the Constitution, on the uniqueness of the language, identity and rights of the Macedonian minority. We did not hear Zaev to do that,” Mickoski added.